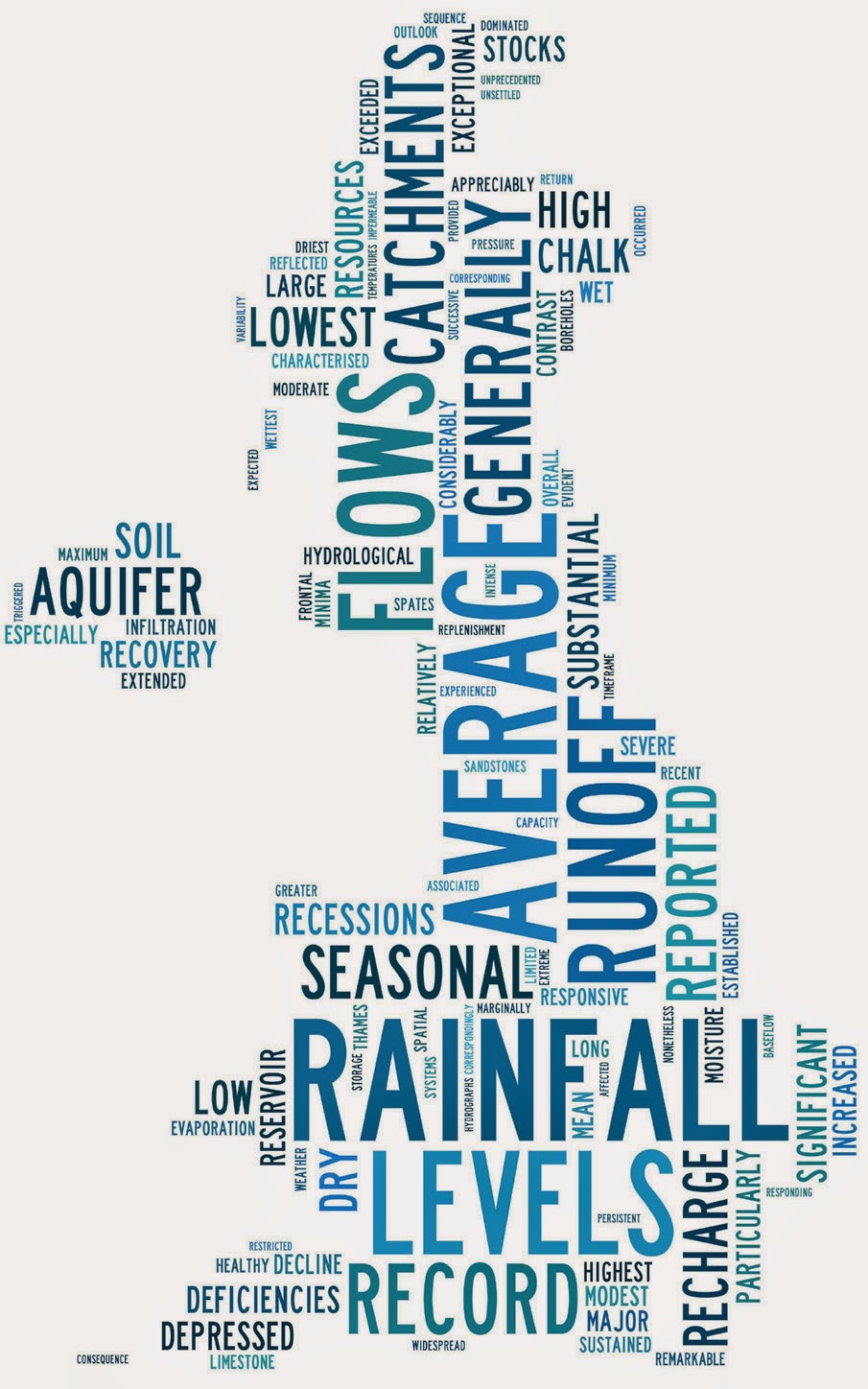 Rainfall amounts varied substantially across the country in February 2015 although, at the national scale, weather conditions were typical of the late winter. River flows generally continued their late January recessions during early February although there was a recovery later in the month. The number of fluvial flood alerts was modest for the time of year. With soils remaining wet and an unsettled start to March, the water resources outlook remains healthy.

This Summary is the last to be authored by Terry Marsh before his retirement – please see the NHMP Team’s message on the third page.