July was an unsettled month and one of notable contrasts. Though temperatures cooled decisively thereafter,
record‑breaking heatwave conditions characterised the 1st of the month. Following overnight temperature minima
which exceeded 20°C in the south-east, Heathrow recorded 36.7°C, the warmest July day on record for the UK (in a
series from 1853) and the hottest day in the UK since 2003. Throughout July, the north of the UK was generally wet
and cool, whilst in southern areas conditions were predominantly dry although interspersed with intense downpours
and thunderstorm activity. Rainfall for July for the UK was more than 150% of the long-term average and large
areas of Scotland and East Anglia received more than twice the average July rainfall. Intense downpours over short
durations led to surface water flooding in Hertfordshire, Cambridgeshire and eastern Scotland. Average river flows
for July were above normal for most rivers in Scotland and Northern Ireland, notably so in a band from south-west
to north‑east Scotland. Further south, river flows for some catchments in southern, central and eastern England were
below normal, but generally were in the normal range elsewhere. 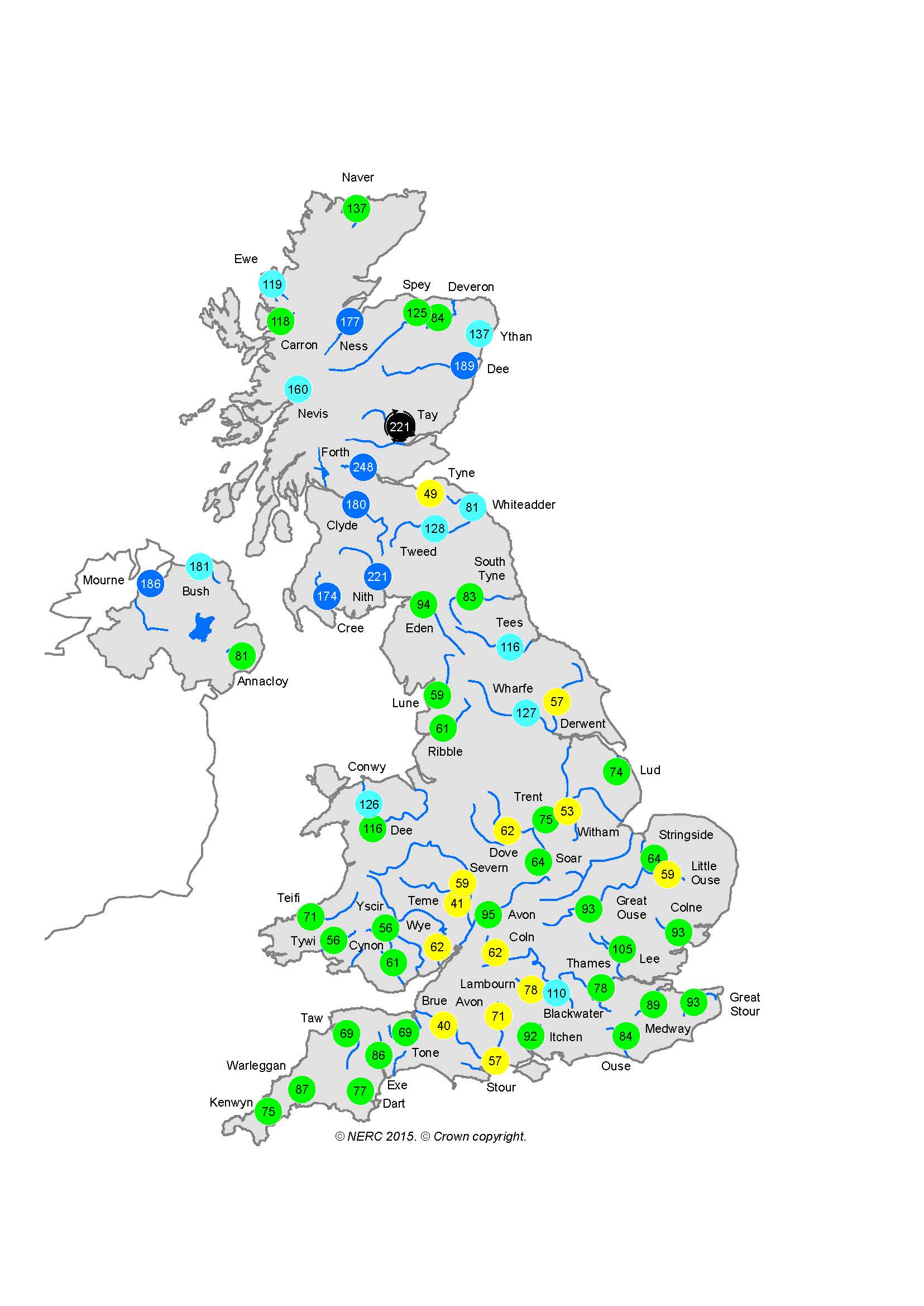