Overall, June was dry, especially in parts of south-east England, and sunnier than average. Monthly average temperatures were fairly typical for June but it was slightly warmer than average in the far south-east and there were some warm spells, with heatwave conditions developing through the final days and extending into early July. As expected for the time of year, soil moisture deficits (SMDs) climbed steeply and, correspondingly, the seasonal recession of river flows and groundwater levels continued, leading to some notably low late June river flows. Across most of England the year so far has seen below-average rainfall, particularly in parts of central southern England and along the east coast, and this is reflected in moderate runoff deficiencies and below-normal groundwater levels. However, the water resources situation remains favourable for the summer, with reservoir stocks just above‑average at the national scale (partly reflecting the wet May) and moderately below at some impoundments in southern England. 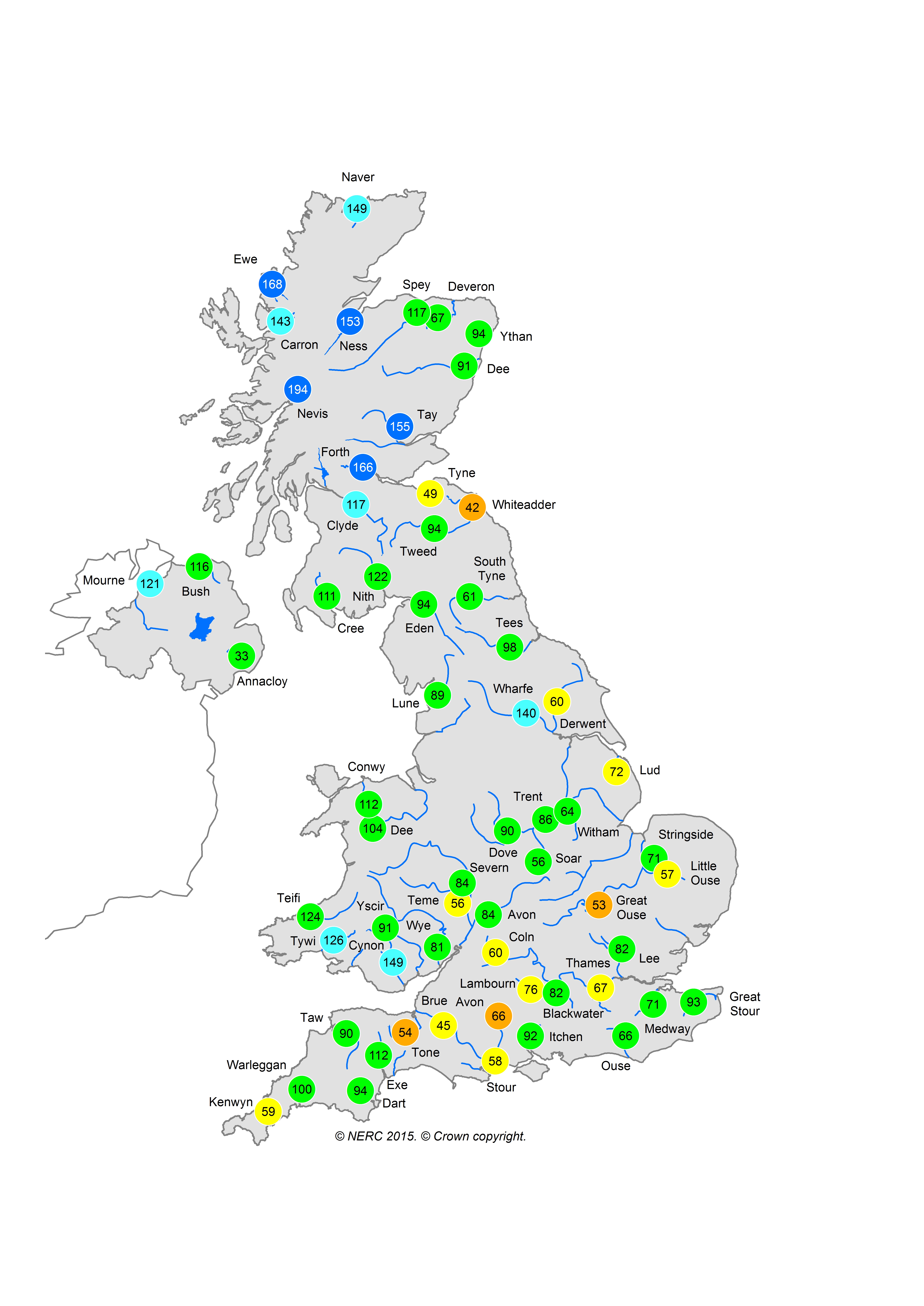