The UK Benchmark Network (UKBN) comprises a subset of gauging stations from the national hydrometric network that are most suited for identification and interpretation of long-term hydrological variability and change. Benchmark catchments can be considered reasonably free from human disturbances such as urbanisation, river engineering, and water abstractions, so are ‘near-natural’ and hence can be used for detection of climate-driven changes in river flow.

It is recognised that the benchmark criteria are stringent and not all designated stations will meet these fully. Therefore, in this second iteration, UKBN2 (Harrigan et al., 2018), each of the 146 Benchmark catchments has been assigned a score based on their benchmark suitability at low, medium, and high flows, recognising all stations cannot be benchmark across the full flow regime and provided justification. A map of the network is shown below.

More information about the network is available in the UKBN2 User Guide. 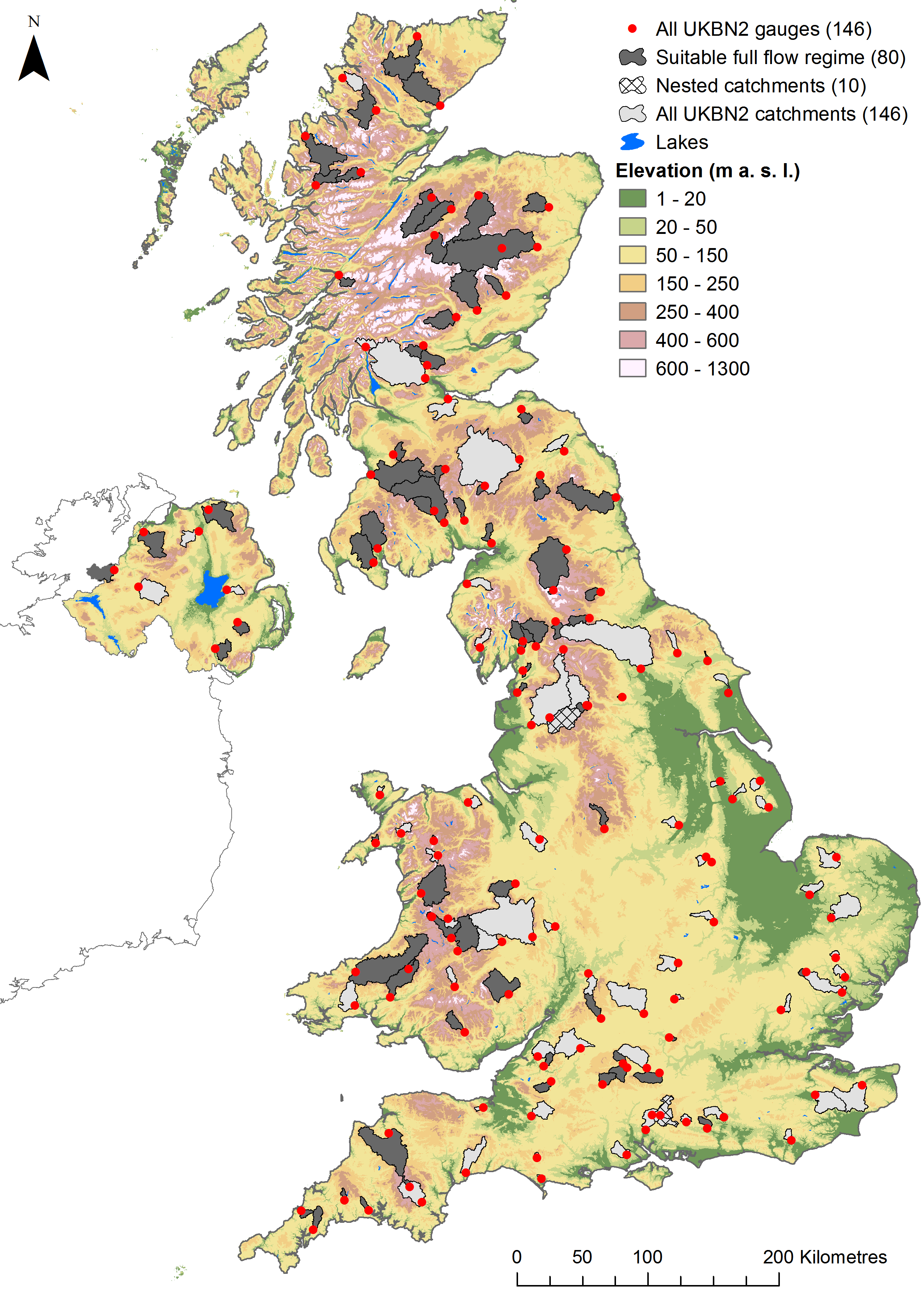