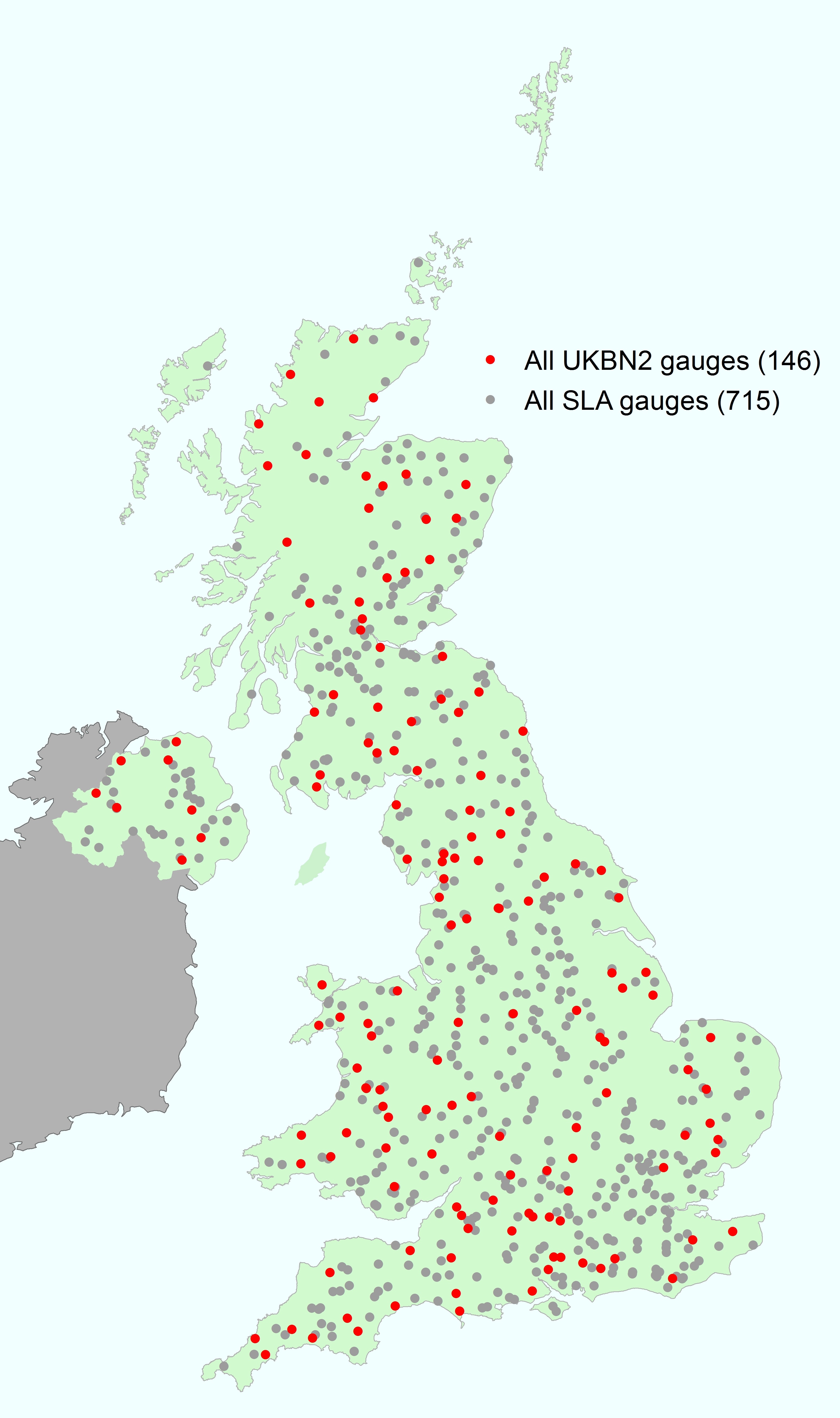 Primarily on the basis of their hydrometric capabilities and the characteristics of the catchment they command, most gauging stations for which data are held on the National River Flow Archive are allocated to one, or more, networks which address a range of strategic objectives.

In collaboration with the Measuring Authorities, approximately half of the UK gauging stations were designated as the Service Level Agreement (SLA) network – see map on the right – embracing those catchments which are considered to contribute most to the network's overall strategic utility. Selection criteria include hydrometric performance, representativeness of the catchment, length of record and degree of artificial disturbance to the natural flow regime. The flow records for these SLA stations, currently around 750, are subject to an additional level of validation on the NRFA – focussing on the credibility of flows in the extreme ranges and the need to maintain sensibly complete time series.

Using more rigorous selection criteria, a national set of Benchmark Catchments (see map on the right) were selected from the SLA network, primarily to strengthen the UK's capability to detect climate-driven trends. For this purpose hydrometric performance, particularly in the extreme flow ranges, together with the net impact of artificial influences on the flow regime, are of crucial importance. The length of record, homogeneity of the time series and representativeness of the individual catchments are also significant factors. The UKBN was originally designated almost 15 years ago by Bradford and Marsh (2003). The first iteration of the Benchmark Network, UKBN1, included 122 catchments, whilst the second iteration, UKBN2 (Harrigan et al., 2018), each of the 146 Benchmark catchments has been assigned a score based on their benchmark suitability at low, medium, and high flows.