The data set is a time series of the total rainfall averaged over the catchment in millimetres for each day and is available from 1961, or the start of the daily flow record if earlier, until 2015. The CDR series is provided to aid the interpretation of river flow data.

You can read more about catchment rainfall data provided by the NRFA here. 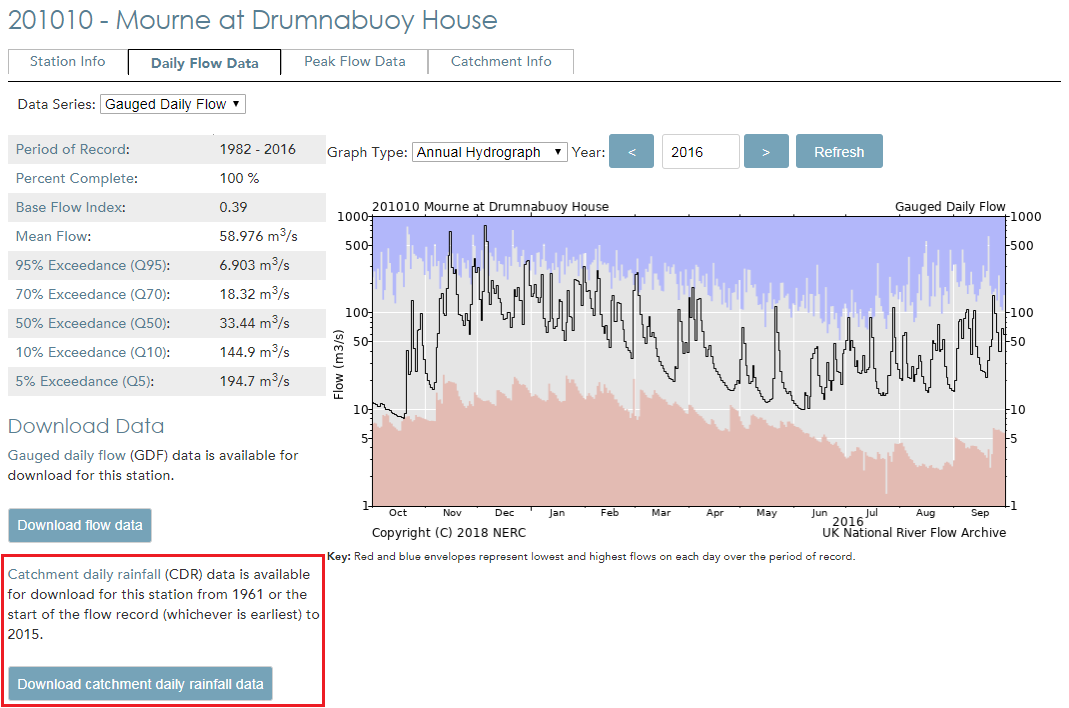