Daily flow data for water year 2015/2016 are now available to download from the NRFA for most stations in the UK.

This annual update contains what has been described as the most extraordinary hydrological episode witnessed in the UK in recent decades (Barker et al., 2016; Marsh et al., 2016). A succession of severe storms brought extreme rainfall and associated widespread flooding across northern and western Britain. A number of new records were set across the country, particularly in northern England, Scotland, north Wales and Northern Ireland – 107 stations in total. The extent of these records is shown in the map below, with the magnitude of how much the previous record was beaten.

Daily flow data are provided to the NRFA by Measuring Authorities through an annual submission programme. Data for each water year are normally submitted to the NRFA the following spring, after which it undergoes detailed quality control before being added to the national archive. River flow data for each water year are normally available from the archive by the autumn (e.g. water year 2015/2016 will be available in autumn 2017). For the water year 2015/2016 data, some stations are still undergoing the quality control process and data for stations in Hydrometric Areas 17-20 have not yet been submitted to the NRFA. Where more recent river flow data are required, users may be able to source this by contacting the relevant Measuring Authority, see here for more information. 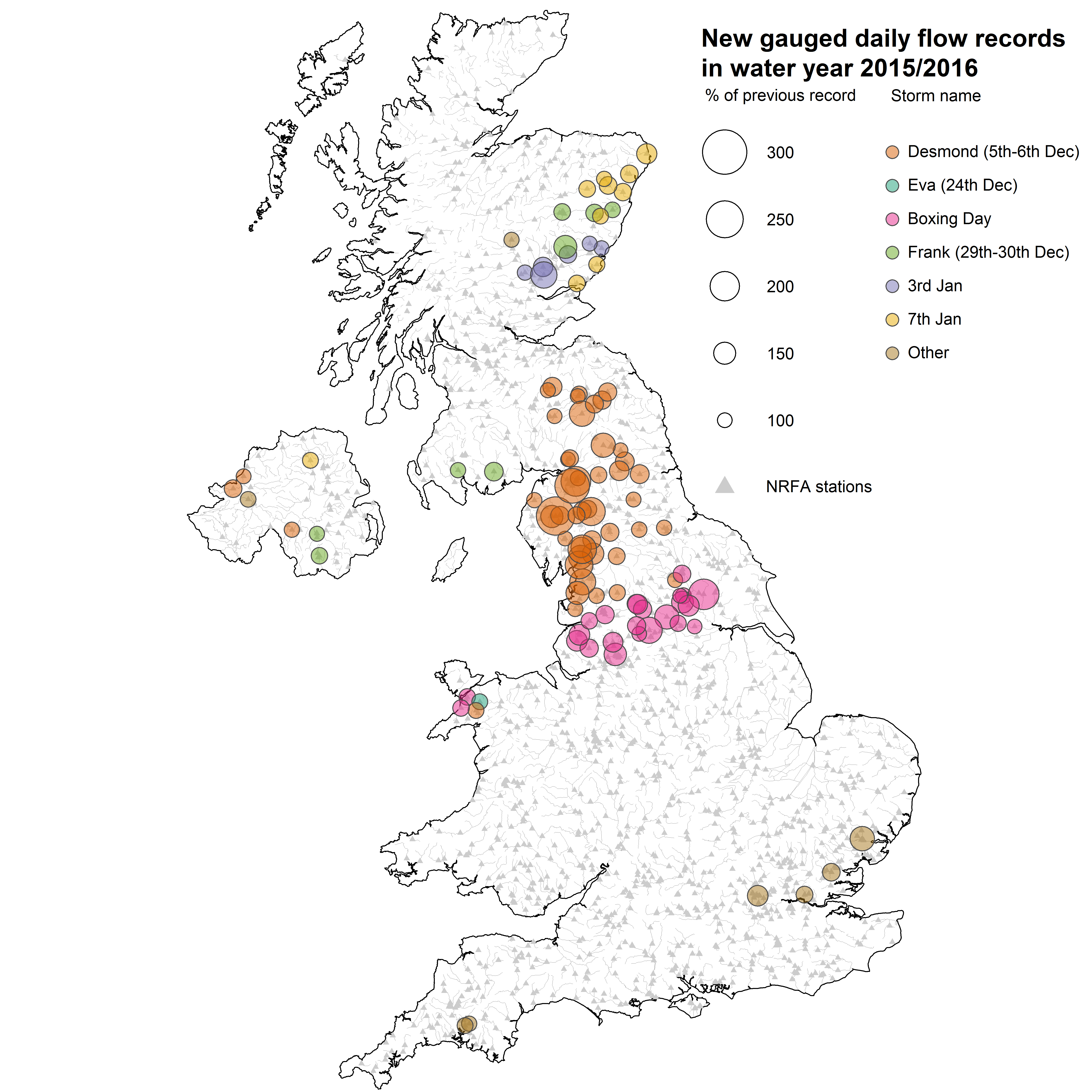