Many rivers are not perennial, and experience periods of zero-flow along part or all of their channel length.  Some have annual patterns of flow and zero-flow in response to groundwater level or snowmelt (intermittent), some flow only briefly in response to rainfall (ephemeral), and others dry wholly or partially because of artificial influence.  These streams support a diverse range of aquatic and terrestrial ecology, including specialists that are able to exploit the changing conditions, and it is now being recognised that they deserve the same protection afforded to perennial rivers.

A European collaboration of hydrologists, ecologists, biochemists, environmental economists, social researchers and stakeholders is addressing the Science and Management of Intermittent Rivers and Ephemeral Streams (SMIRES).  A map showing gauging stations that are known to record cessation of flow is being compiled, according to two working definitions; that the zero-flow condition is a daily mean flow of less than or equal to 1 l/s; and that there is at least one episode of zero-flow condition for five consecutive days in the period of record.

The National River Flow Archive submitted a subset of 147 of its 1465 daily mean flow stations that were found to meet these criteria.  Supporting metadata describing the record length, start year, end year, degree of modification, and known artificial influences accompany the map. 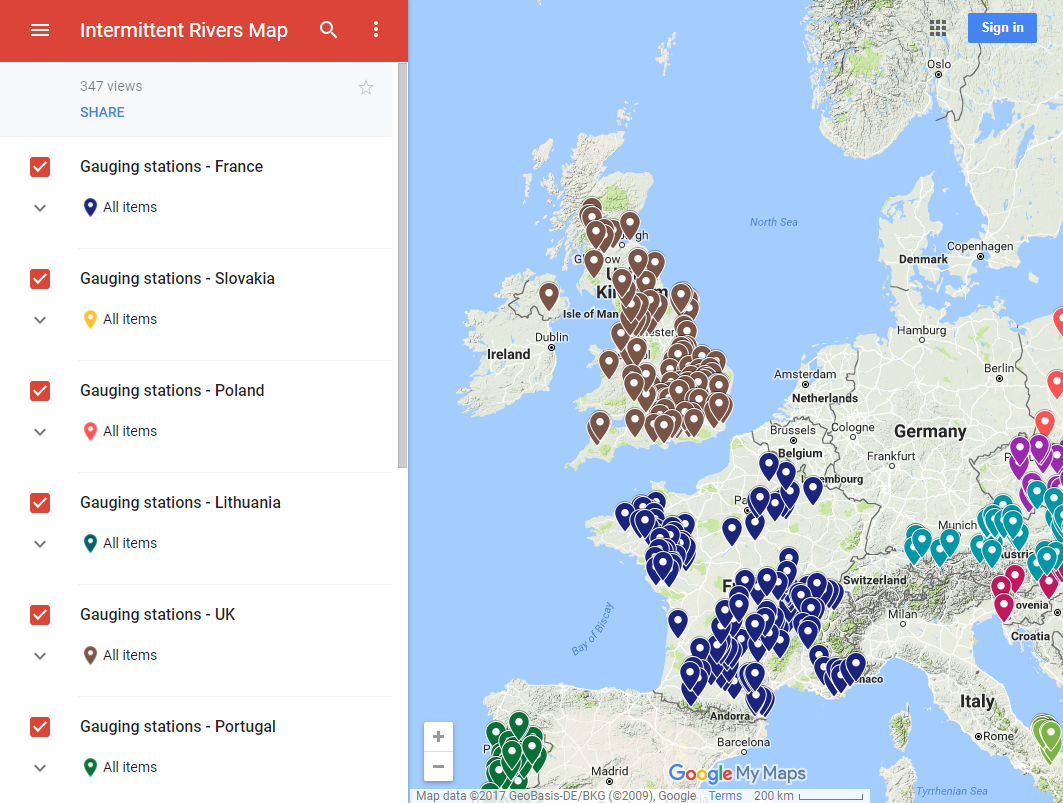