NRFA staff carried out a visit to the Scottish Environment Protection Agency (SEPA) earlier in May. On the first day, the NRFA team attended a meeting of SEPA’s senior Hydrometry staff, thereafter the NRFA team split and visited the three SEPA areas independently for the next two days to conduct liaison visits.

The purpose of the Hydrometry meeting was to better understand SEPA and NRFA goals, exchange information, review SEPA performance and identify future opportunities. For the NRFA, the day ended with a visit to the gauging station on the River Braan at Hermitage, the Black Linn Falls and Ossian’s Hall. 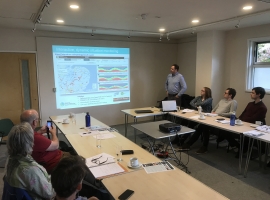 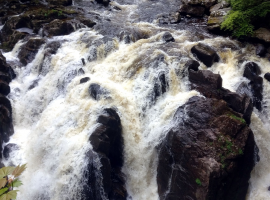 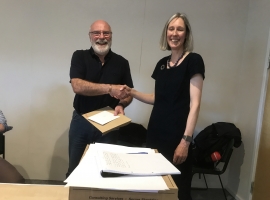 During the liaison visit that followed, Adam Griffin and Cath Sefton met SEPA South hydrometry staff in Lanarkshire who took them to visit gauging stations in the surrounding area on and around the Kelvin and the Clyde. The lack of rain and low groundwater levels were evident in low river flows. Cath and Adam also visited a new candidate station at Abington on the upper Clyde, which is ready to be added to the archive. 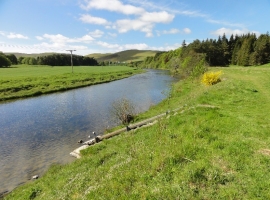 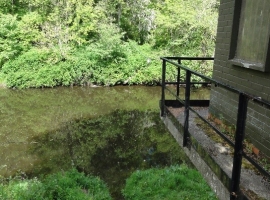 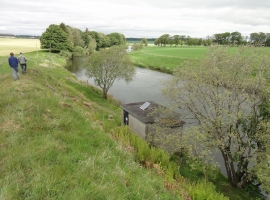 Katie Muchan visited the SEPA East, meeting staff from each of the three offices (Aberdeen, Perth and Edinburgh). The first day focussed on the south and west of the area, including visits to stations in the Forth and Earn catchments, and the second day on the north of the area in the North Esk and South Esk catchment, including a new station which is ready to be added to the NRFA. It was interesting to visit two stations affected by flood alleviation scheme construction which is becoming more prevalent in the East area. 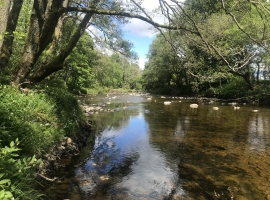 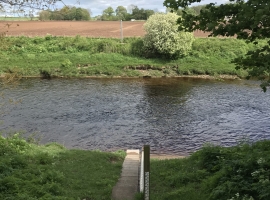 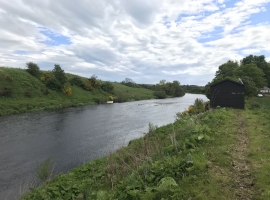 Steve Turner visited the SEPA North team in Dingwall and Elgin. Station visits were situated north of the Cairngorms and in the Highlands and took in a mixture of small and large, predominantly rural catchments with most stations at relatively normal flows, although rising due to inclement weather. It was particularly useful to hear about the effects of ice dams, how hydro-electric and lochs affect the hydrometry of the area, and to see a couple of new stations that will be added to the archive in the not so distant future. 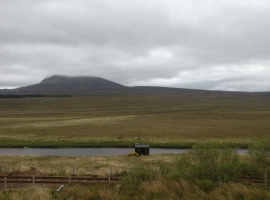 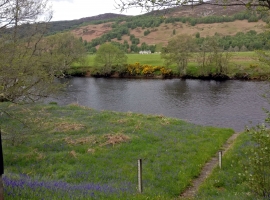 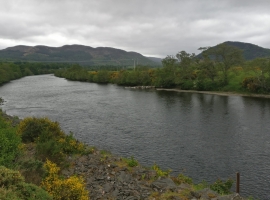 Such visits allow the NRFA’s Regional Representatives to update their knowledge of current equipment, processes and problems at each site, giving them a better understanding of how the river flows are measured. This information underpins the quality control of data submitted to the archive and allows metadata updates to inform the user community of new and emerging issues which should be considered when analysing NRFA data. The NRFA aims to conduct between 2-4 measuring authority liaison visits a year across the UK’s 24 regional hydrometric data providers.

Thank you to the Scottish Environment Protection Agency area teams who hosted our visit which proved very useful and will help inform and advance a large number of updates to the archive.