The National River Flow Archive has released an update to its Peak Flow data holdings and the files for use in the WINFAP software for flood estimation. The dataset includes AMAX and POT data for 939 gauging stations in the UK, updated with an additional water year of data for stations in England and Northern Ireland, one water year for a subset of stations in Scotland (those that undertook period of record review in the version 5 release) and an update of two water years in Wales (all up to the end of September 2016).

Version 6 contains the annual update for water year 2015/2016, an extreme year in hydrological terms with high flows and significant flooding across much of northern England, eastern Scotland and Northern Ireland. New AMAX records were recorded at 70 peak flow stations (shown in the map below) and the addition of the 2015/2016 AMAX has had significant impacts on the calculation of QMED, 50- and 100-year return periods, more information is provided in the release note.

In addition to the core peak flow data, there have been a number of metadata updates including suitabilities, ratings and datums, missing and rejected data and station descriptions. This additional information about the gauging stations is provided to allow hydrologists to make informed judgements regarding use of the data.

The NRFA’s peak flow data service provides flood data for 939 river flow gauging stations around the UK. The data can be used with the flood estimation methods set out in the Flood Estimation Handbook (FEH), which is the basis for the most current flood estimation in the UK. The peak flows database is calculated to provide net economic benefits of almost £5.4 million per year in terms of costs saved by environmental consultants and regulators.

The peak flow data provided through this service originate from gauging stations operated by a range of UK hydrometric measuring authorities as is the case with other NRFA data. Maintenance of the NRFA peak flow data, including the latest update, is carried out under a collaborative project between the Centre for Ecology & Hydrology, the Environment Agency, Natural Resources Wales, Northern Ireland’s Rivers Agency and the Scottish Environment Protection Agency.

The new WINFAP-FEH files were released on 23rd February 2018 and reflect the NRFA data holdings at this point. Version 6 of the WINFAP-FEH files is the third version released since stewardship of the national peak flows database was passed to the NRFA. Updated peak flow time series and metadata are now available to view on the NRFA website and can be found using the NRFA’s gauging station search tool.

More information about the update can be found in the Version 6 release note. 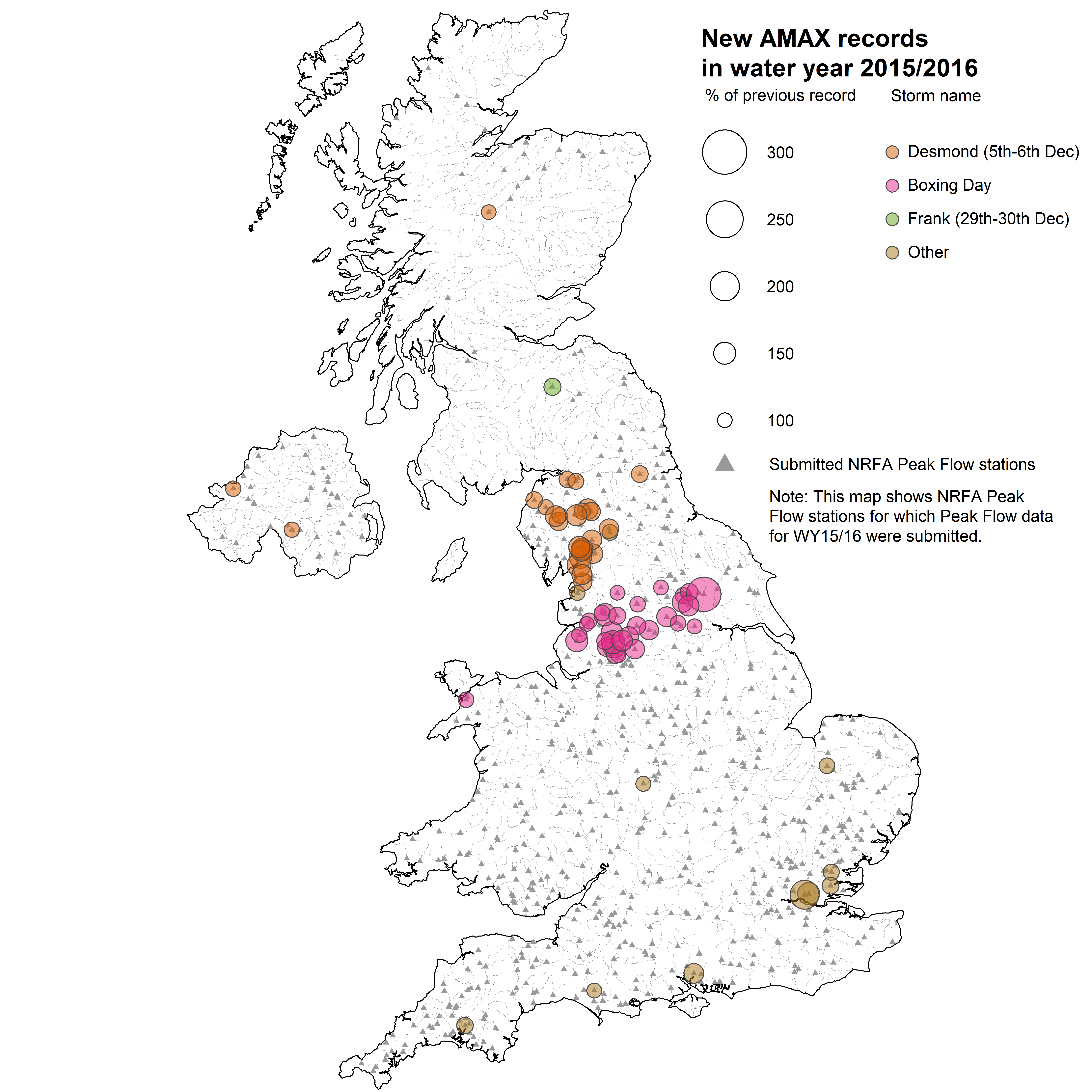